I haven’t run in a week. I wish I could say the ankle feels better but it doesn’t. It feels really, really tight and there’s this one spot that hurts when I massage it – the spot where the tendon inserts on the calcaneous. 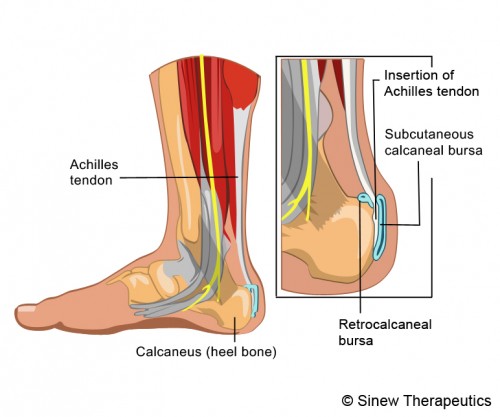 I’m seeing a physiotherapist tomorrow. She helped me a lot when I developed an IT band issue a few months after I started first running.

I really wanted to test the ankle today but when I woke up and looked outside there was about 10-15cm of snow on the ground. Didn’t seem like a very good idea to test the ankle in those conditions.  Instead, I got on the exercise bike for 40 minutes.  So not the same.

Just when the injury hit, I could run almost 40 minutes straight without stopping. My cardiovascular endurance is the best it’s ever been despite having the extra 15 lbs I’m carrying around. I worry that all of that will be lost when (not if!) I start running again.

My mood has been shit this past week. I thought it was just from not being able to run but I think it’s also hormonal. The baby hasn’t nursed in over a week now. I’ve been more emotional about it but not in the way you’d think. Instead it’s coming out as frustration and impatience, particularly when it comes to the older two kids. And that makes me feel guilty.

Dammit, I just want to run.

I really hope this physio does the trick.

One thought on “Am I Losing Ground?”