As we got a small reprieve from the deep freeze, I decided to take advantage of the reasonably “warm” day (it was -3°C, -10°C with windchill) and go out for a run.  I had my route in mind and hoped it would be enough to reach 5km.
Yes, yes it was.
And I did it 3 minutes faster!
That is all.
(I am making oatmeal cookies for the kids.  I swear, for the kids.)

I just had a delightful day with the baby. We visited our good friend who also just had her first baby a few weeks after J was born.  I brought coffee and we spent the morning with our babies, mostly nursing (ha ha!).  The babies fell asleep, so we decided to watch some TV.  We had many choices but decided on Veronica Mars.

Yes, one of my (many) guilty pleasures.  I was introduced to VM a few years ago by this friend.  After a few episodes I was hooked.  Veronica is such a great character – she is strong, witty, and very intelligent.  She has a subtle hint of superiority in that she’s the go-to girl if you want a crime or wrong-doing solved.   I wondered how she ever finished high school – you see her more in her car snapping photographs of the perps she is investigating than in a classroom, but we have to suspend our belief a bit.  And why shouldn’t we?  It’s entertainment, after all.

My friend and I watched six (yes, count ’em, S-I-X) episodes today while the babies napped.  We could have done something, anything, more productive like a brain teaser, for instance.  But we laughed off that notion and kept watching.

One of my friend’s favorite lines from season 1:

There are so many gems in this little show.  Sadly, it ended abruptly after three seasons.  Last summer, the show’s creators and star, Kristen Bell, did a KickStarter campaign to raise money to make a movie.  The campaign was a huge success – they raised the money, $2 million, in a record, one day! By the end of the 6 week campaign, they raised over $5 million.  The film is set to be released next summer.  Can you guess who will be the first and second in line?  Ha! Well, maybe not, but we have certainly already made a date to go.

I really need to do something productive today – oh wait, I just did! 😉 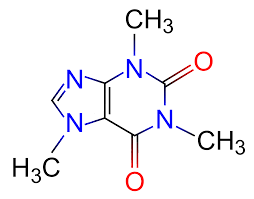